After a year and a half, filming is done. While editing the original footage, the director found that since the film was so dialogue heavy, some of the scenes were a bit boring. So, she decided to shoot some flashbacks and cutaways. It has been a stressful couple of weeks trying to rush to get every thing together. To make matters worse, one of our actors backed out last minute. But, everyone pitched in, and together we made beautiful scenes.

One of the best things that could have happened, was the lighting and post production guy stepped in to take the missing actor's place. He was beyond amazing. It was his brilliant footage that is going to be the highlight of the film. I was extremely impressed.

So, while you're waiting for the announcement that the film is released, enjoy the photos of this weekends shoot. 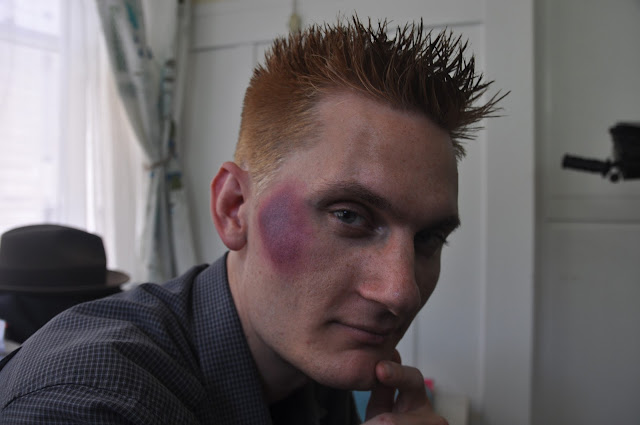 He was generous enough to allow us to practice stage makeup bruising on him. 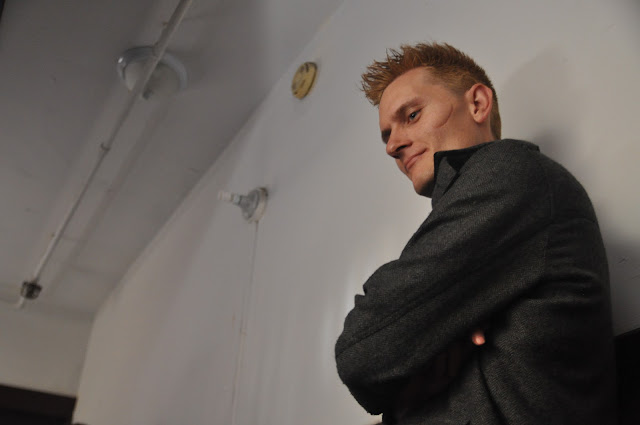 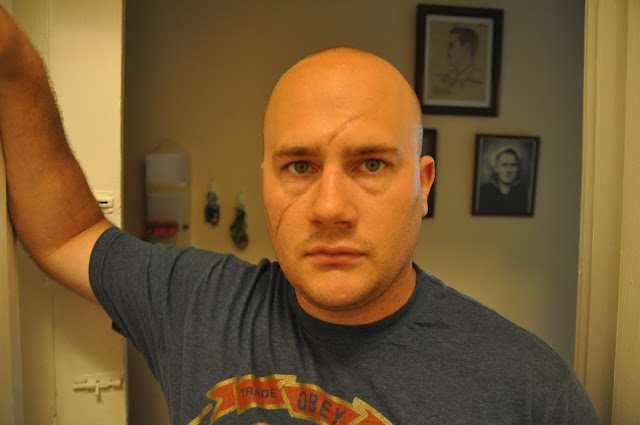 So that the final product could be awesome. 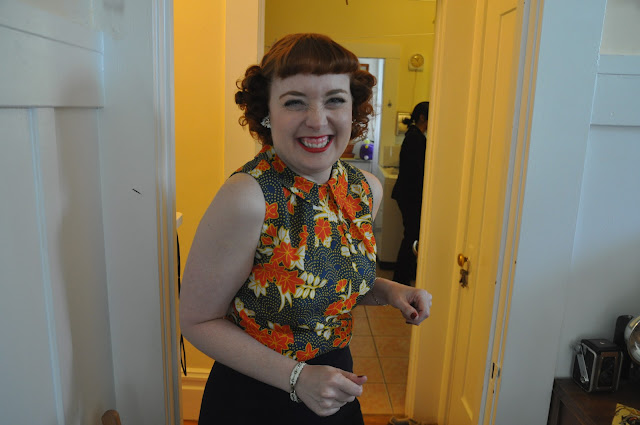 I became a redhead again, but only for the film. I anxiously await becoming a brunette again. 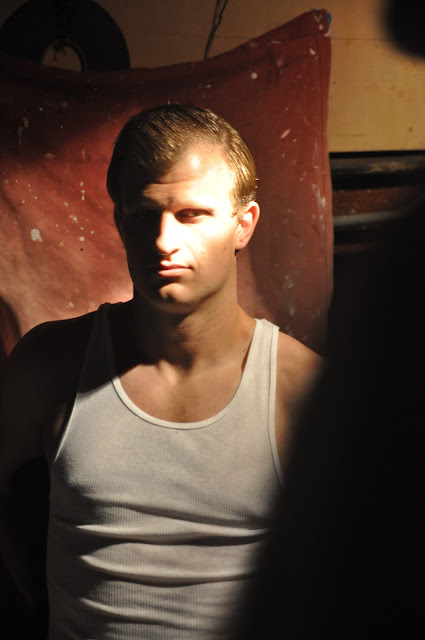 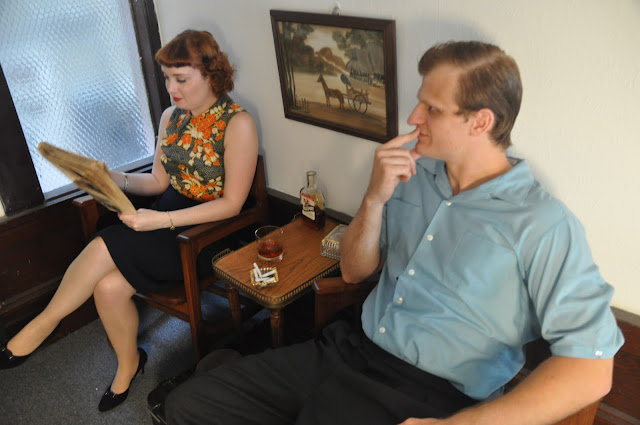 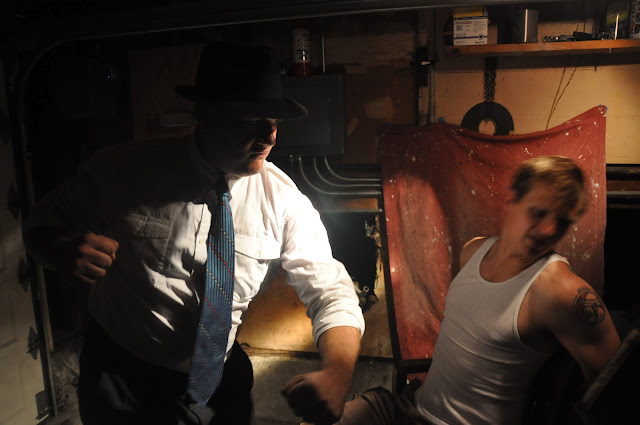 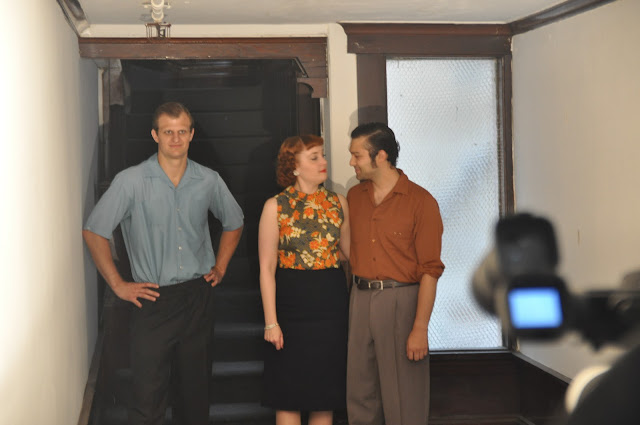 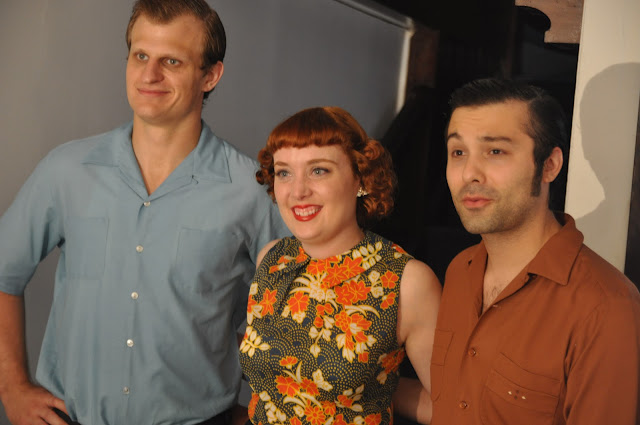 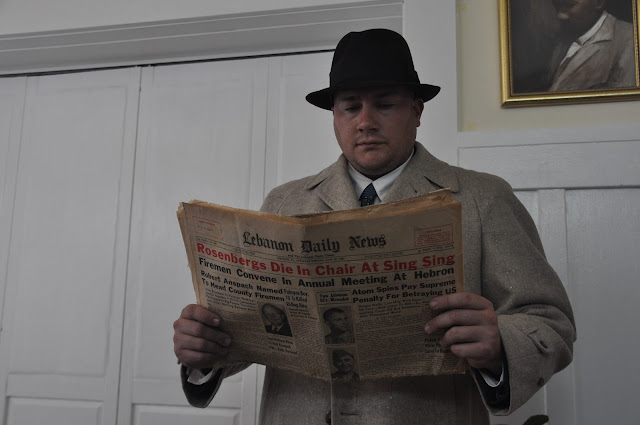 This is how we pass our time while we are waiting to being called on scene. 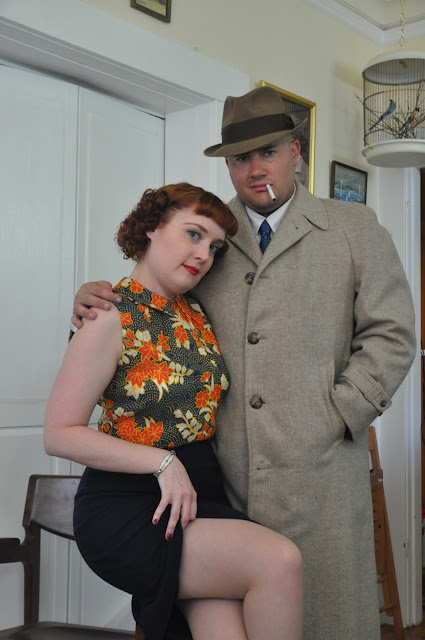 I am happy that my apartment is no longer a film set.  I hope you enjoyed this sneak preview. Stay tuned for the premier.

Email ThisBlogThis!Share to TwitterShare to FacebookShare to Pinterest
Labels: film, they bleed at midnight