When I have parties at my apartment, I always make sure to invite my friends who are or were bartenders. I can't make a drink that is palatable. So, I rely on them to make drinks for me. It comes in handy. I asked one of my dear friends to share a little treat with you - a vintage cocktail recipe. Being an extra long weekend, I thought it best to start it off right. So, without further ado, the Hoffman House Cocktail. 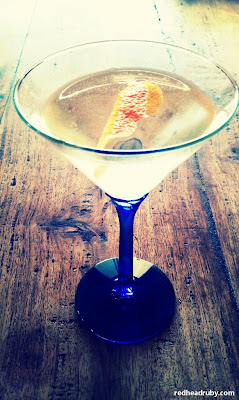 Here in San Francisco, where to get the best cocktails in the City is hotly debated, but most will agree that Bourbon and Branch is among the highest caliber, if not the new standard, for quality mixed libations in the area.  The Beverage Academy, promoted and hosted by Bourbon and Branch’s Detective Bar, also offers classes which provide a hands-on learning experience, focusing on various spirits.  It was at one of these cocktail courses I attended that I came across the Hoffman House Cocktail.

In this particular basic class, we learned to create a simple, classic martini.  However, this was not the well-known, modern, vodka, no vermouth, shaken, not stirred, James Bond version.  This was the original, stirred, gin-based cocktail, with about a half ounce of dry vermouth, along with a dash of orange bitters.  At the time, I thought it the strangest thing, to have added orange bitters to a so-called traditional martini.  But when I tasted this ever so slightly sweet and delicately smooth concoction, it was unlike any other martini I had imbibed. In the cocktail world, the tiniest change in ingredient or measurement of ingredients can result in something completely different, meriting a unique name to differentiate between the libations.  As it is, ordering a martini will result in something varying wildly between bars, bartenders, and the customer ordering the drink.

For example, a 21-year-old woman ordering a martini in a standard dive bar will likely receive a vodka-based cocktail, no vermouth, shaken and served up, with an olive, no questions asked.  If a 70-year-old woman enters that same bar and orders a martini, the chances are the bartender, if experienced, will ask what type of gin she would prefer (forget vodka), and it would come with the standard measurement of dry vermouth, garnished with a twist.  I digress… but the point is, the “martini” we obediently mixed according to the Beverage Academy’s instruction was not a martini as we know it today, but what was known in the late 1800’s as the Hoffman House cocktail.  It is the dash of orange bitters that made all the difference.  For simplicity, it has been labeled a martini, or a version of a martini.

It was after some research that I stumbled upon this particular martini, discovering that it had its own name, originating in New York, at the Hoffman House Hotel, where officials, the wealthy and well known would consort.  This hotel was eventually closed down before prohibition, but the recipe lived on in cocktail records, including the Savoy Cocktail Book.

Bartenders may wish to experiment with the measurements and brands of ingredients and adjust to taste.  The recipe below is a good base from which to start: 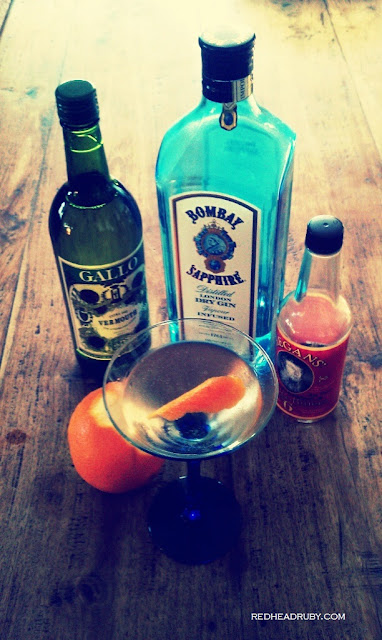 2 DASHES ORANGE BITTERS (Some recipes call for 3 or even 4 dashes.  Try Angostura orange bitters to taste.  Also, Stirrings makes a blood orange bitters.  One might even add a dash or two of each)

TO FINISH: ORANGE PEEL
Stir with ice and strain into a chilled glass. Twist the orange peel over the top, to lightly mist the oils onto the surface of the drink.

I used Bombay Sapphire for mine, and Regan’s orange bitters, which was lovely, as well.  Cheers! 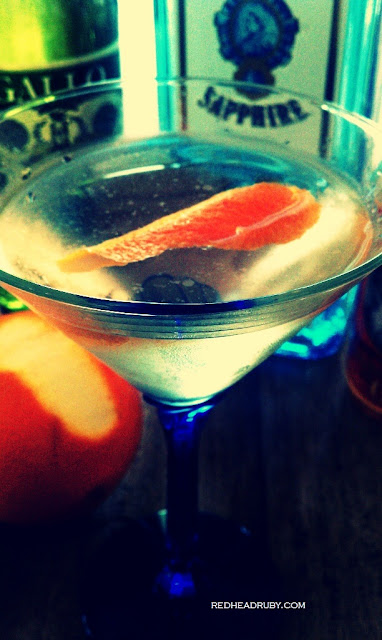