My latest acquisition  was a find by my father. It was great find for an amazing price. It is a appliance timer. It is meant to have a radio or light plugged into the back. The appliance will turn on at the set time, and turn off 15 minutes later. The timer is set by little metal dials that are around the face. The dial can be pulled out at the time preferred. There is a little on off knob at the bottom of the clock to activate the alarm.

This clock is called the Radio Traveler, and dates to the mid part of the 1930s. It also has various time zones on the face of the clock, which I'm not quite sure how it relates to the functioning of the clock. But, it does look interesting. The clock is is great condition. The only thing being wrong with it is a missing knob for the dial that changes the time. I've had it running for several days, and it has kept steady time.

The last clock I bought, has sadly been having some issues. When I use the alarm, somehow the clock looses an hour. I'm going to have to go get it fixed, along with the moonbeam clock I inherited from my great uncle, but I know it isn't going to be cheap. In the meantime, I'll be trying out my new Radio Traveler. 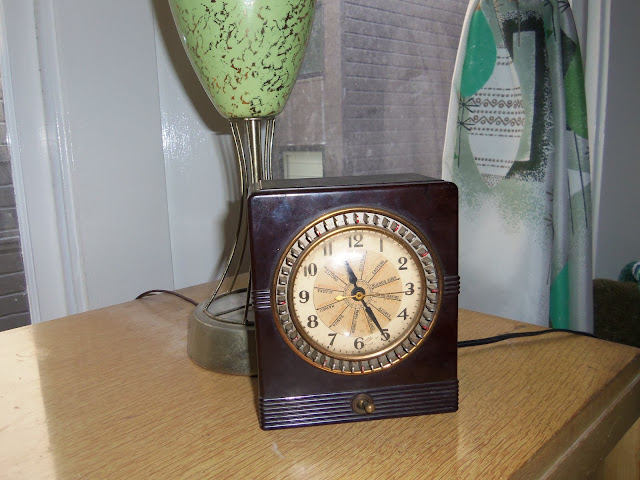 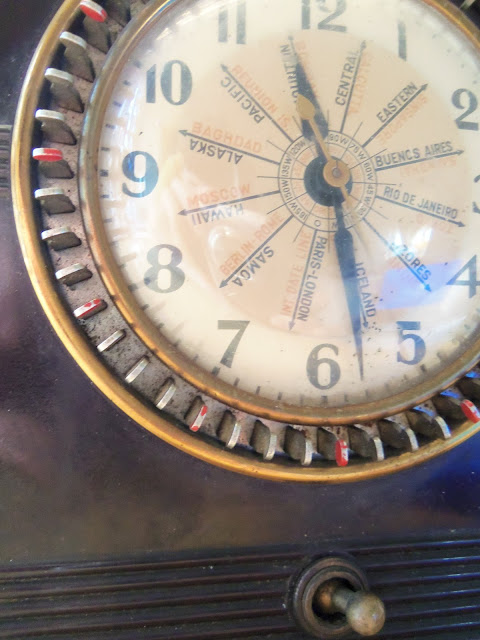