A few months ago, I found out about the Hillbilly Hootenanny. It is an event that happens at the Ritptide bar the first Sunday of every month. It sounded interesting, and I kept it in the back of my mind as something to do. I was able to go last night, and had a fun time. The crowd was low key. The musicians were friendly. And, the music was good. I don't know much about country, but did at least recognize two songs, Walking After Midnight and I Still Miss Someone. Check out the video below to preview one of the songs from the playlist. 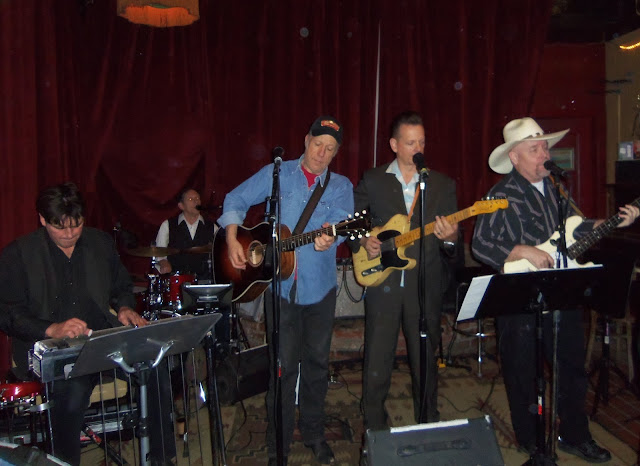 The bar was quite small. By the time we got there, the only place to sit and see the band was right in front. I didn't want to flash right in the eyes of the performers. This was the only photo I took with the flash. So, I apologize for the blurriness of the rest of these photos. 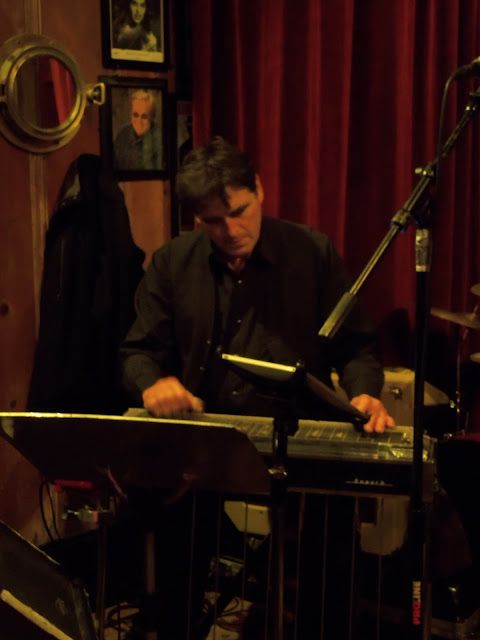 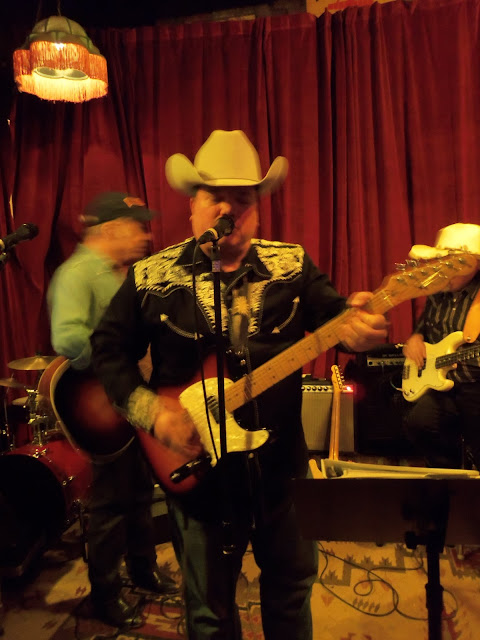 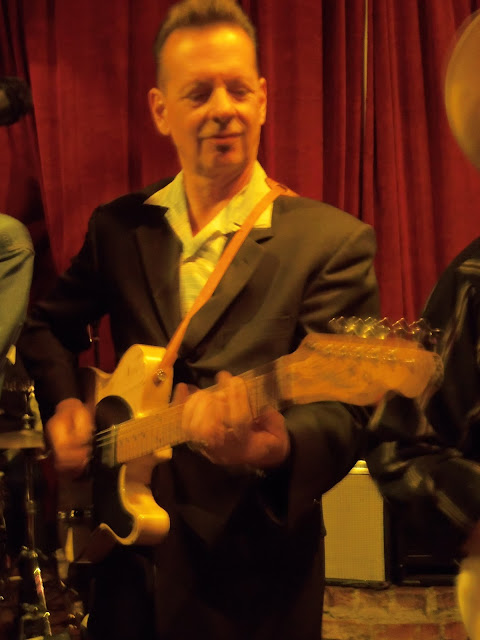 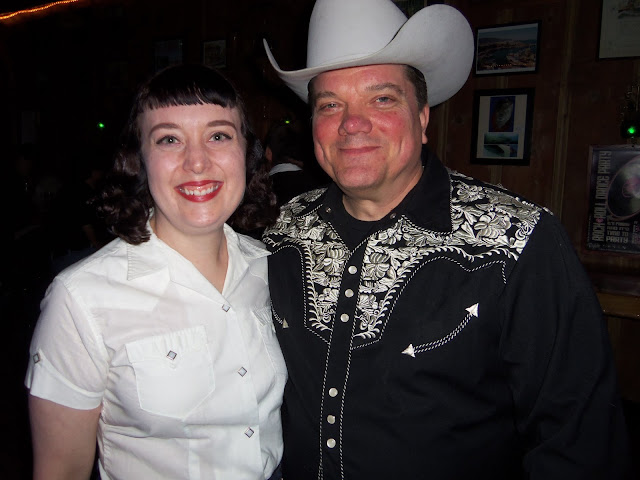 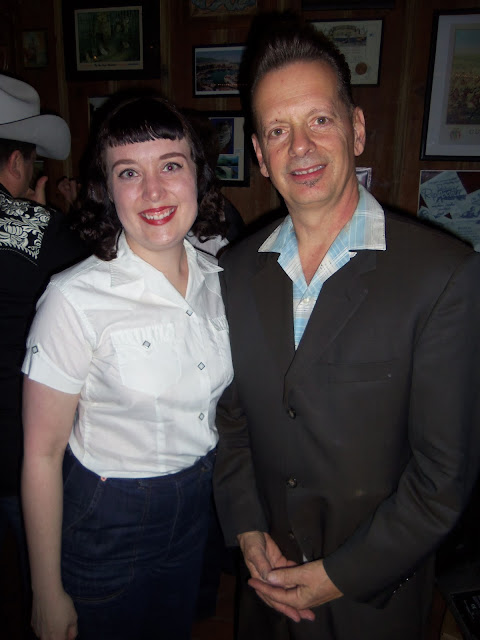 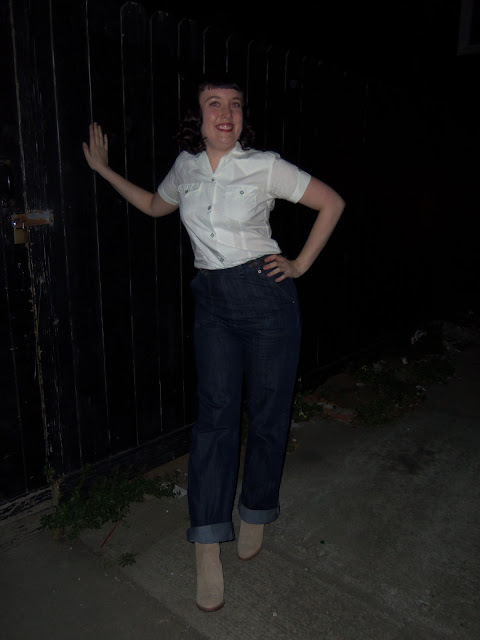 Many years ago, I felt my hillbilly blood (my maternal grandfather was a hillbilly) itching to be set free. I went on a vintage western shopping spree, but never felt brave enough to wear it in public. I sold almost everything I had collected except this shirt and these boots. I never wore the boots. Unfortunately,  my feet don't like boots. I am trying to pose with them here, but only one of them is on. The other foot is just sitting inside the boot. I was trying to pose in a way to not make my leg look weirdly jointed, but I just ended up looking like I had an abnormally long leg. I feel a little sad that I can't wear boots (I've tired several times) as I liked this outfit quite a bit.