If I had to pick a second favorite decade, it would be the 20s. Though, I did not have anything in my closet from this decade, I always meant to add a couple things for the inevitable Prohibition party. I am actually surprised that I had never, before now, been invited to one. A couple of weeks ago, a friend of mine informed me that he was throwing such a party. I started to panic, because finding an outfit on such short notice was going to be challenging. I have several reproduction patterns, but nothing already made. I quickly started my search.

I was fortunate enough to find a dress for very cheap with minimal damage. It was rather big, but I was able to do some creative pinning to make it fit. Bonus was that it was actually from the 20s. I found a reproduction hat and some vintage millinery to spice it up (while channeling Ruby Armoire). Another challenge was finding shoes since I knew nothing about this decade of foot fashion. I learned something. Peep toes did not come into fashion until the 30s. So, my search was for a t-strap closed toe shoe. I found several to chose from, and bought the cheapest. I already had pearls.

The next challenge was the make up. Again, I've never dressed from this decade. So, I only had a slight idea of what the makeup should look like. I consulted two make up books I have, and countless pictures of silent movie stars. Though, to me, the photos just look like I have raccoon eyes. I'm not used to wearing my makeup so heavy. This made me thankful that I don't do this on a daily basis. All in all, I was pretty pleased with my look, especially on such short notice. I popped on one of my stoles, and set out to enjoy the night. 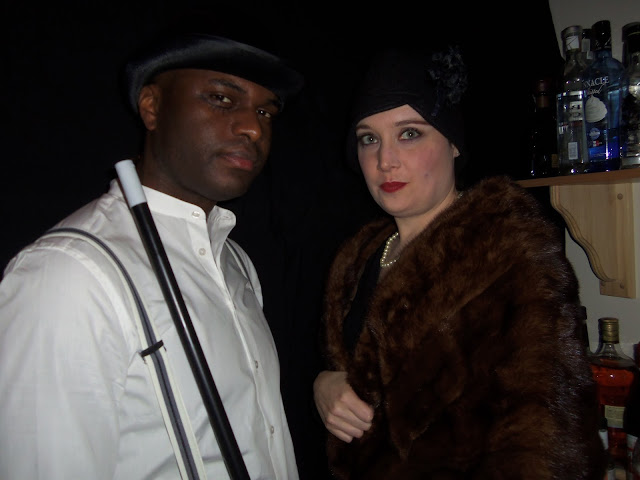 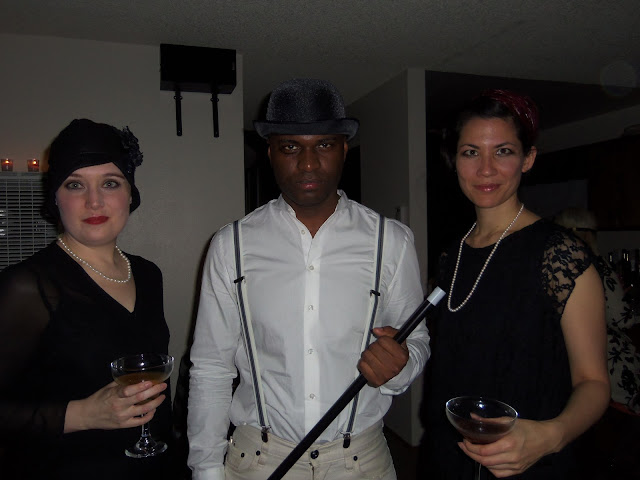 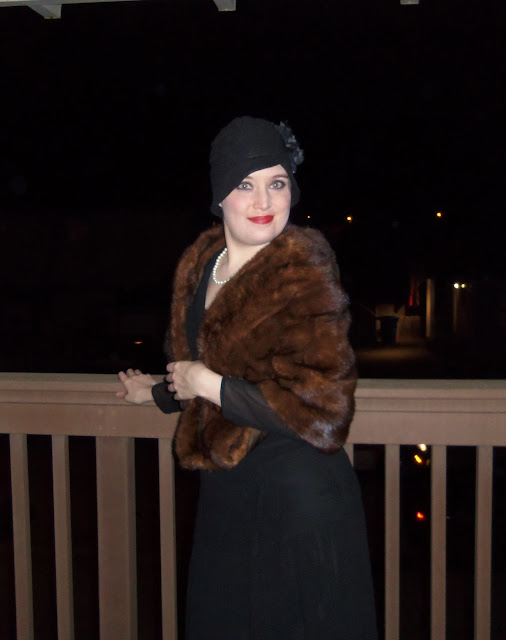 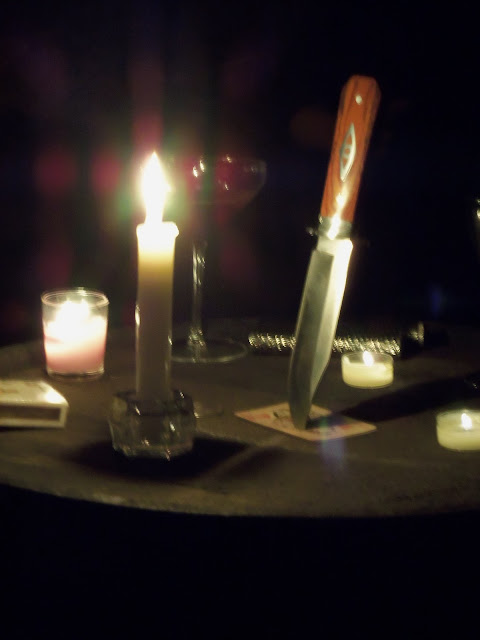