I had dinner with Margot today. I learned even more about my family. It's quite exhilarating to find out where I come from after so many years of wondering. Today she told me the story of her and my mother's childhood.

Their father was a very strict man. He was raised as religious and instilled the church's values into his two daughters.  My mother was born just before the Great War. This added to my grandfather's fear that they would be corrupted by the moral breakdown of the world. When prohibition started, my grandfather saw it as an  opportunity to make the United States a better place by making it a dry country. He got a job as a prohibition agent. He had never drank one drop in all his life for he believed that drinking was from the devil. He tried to drill this sentiment into his two daughters. But, my mother had a mind of her own. She was a stubborn child who went against whatever she was told. She was constantly being punished. By the time she was 12, jazz had wiggled it's way into her soul. She would never be the same. She would secretly listen to the records at her best friend's house - who would steal them from one of her older brothers.

When my grandfather found out, he forbade her from seeing her friend. But, my mother found other means of getting her jazz fix. After a while, she would sneak out to go to jazz clubs and dance as late as she could. This is where she met Edwin. She was 15 and could not resist his charm. It was also at this time that my grandfather was shot and killed while trying to raid a speakeasy.

Margot brought me some more pictures of my mother as a child. 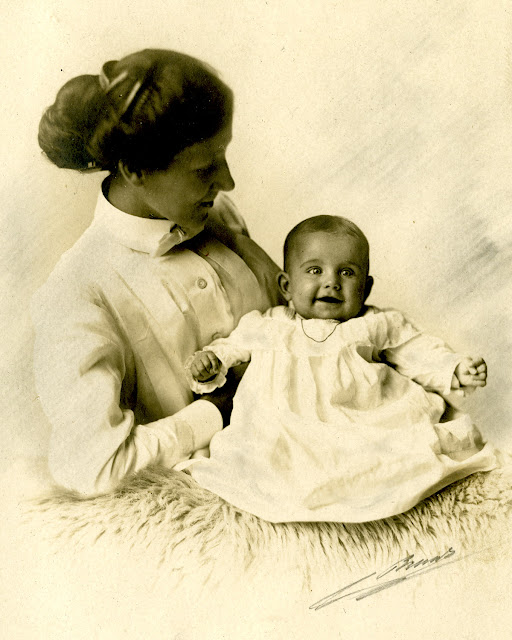 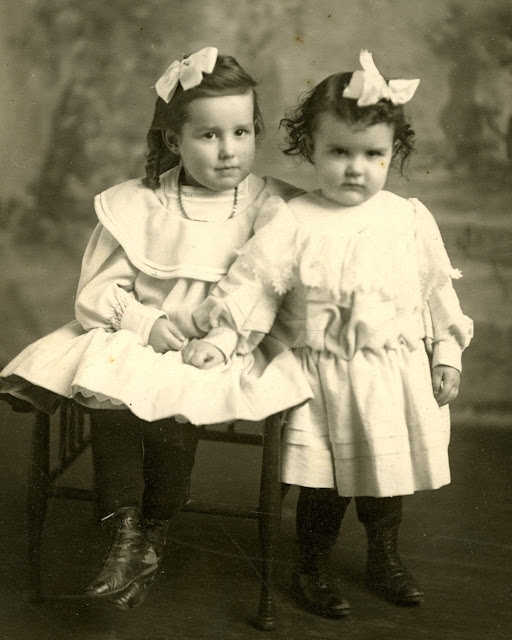 **Author's note**These two young girls are actually my family members, and not just some random picture like the rest of my posts. The little girl on the left is my great grandmother. See the resemblance? Yeah me either.****
Email ThisBlogThis!Share to TwitterShare to FacebookShare to Pinterest
Labels: ruby's life