Last night I went to the theater to see my favorite 1950s sci fi, Invasion of the Body Snatchers. I own this movie, but I had never seen it on the screen. As usual, it was a double feature. The companion movie was The Lineup. I had never heard of this film, let alone seen it. I didn't know what I was in for.

I was in for a treat. Shot exclusively in San Francisco, it was released in 1958. It is a gritty tale of the drug trafficking trade. One of the sociopath gangsters is played by Eli Wallach. The film was directed by Don Siegel who also directed Invasion. It is more intense and violet than the noirs I am used to watching, but still innocent by today's standards.

If you are a fan of these kinds of movies, I highly recommend watching this film. 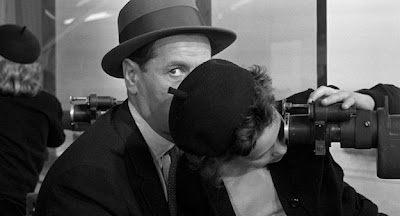 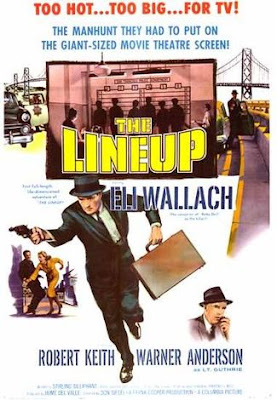