Nick Waterhouse and me

Ok. Not really Nick Waterhouse and me. But, I did go to his show tonight. This was the second time I have seen him play. The first time was a year go at Bottom of the Hill in San Francisco. (The original post is here.) Tonight a friend accompanied me to see him at Bimbos. It was an amazing show as was the last time. I had been looking forward to this show for months, and was not disappointed. If you haven't heard of him, please do yourself a favor and check out his music. I won't go on about how great he is, because that's all in my last post. But, I'd like to tell you a little history about Bimbos.

If Bottom of the Hill is my favorite venue, because of it's intimate nature, than Bimbos is my second favorite. I really feel like I am stepping back in time when I walk into this club. And, Bimbos does have a history. In 1931 Agostino Giuntoli, aka Bimbo, opened the 365 club on Market Street. Many celebrities graced the stage, including Rita Hayworth, then known as Rita Cansino. In 1951, Bimbos moved to it's current location on Columbus. The decor and feel of the club feels like I imagine it would in the 50s. Even the women's bathroom has little pink vanity seats to freshen up makeup, or make sure seams are straight. In the foyer, there is mid century wood paneling on the walls. On the right of the front doors is the coat check complete with vintage memorabilia on display. The mascot of the club, a nude woman riding a goldfish, graces the center display just beyond the front doors. I wish I could have taken photos, but the club does not allow cameras. Though that didn't stop us from sneaking pictures of Nick Waterhouse during his set.

I would have also liked to take a picture with Nick, but was too shy to approach him as he walked around prior to the show. I was shy the last time as well. By the time I got the nerve to track him down at the last show, he slipped into the back, and I didn't see him again. Maybe next time I will be brave enough to ask him for a photo. 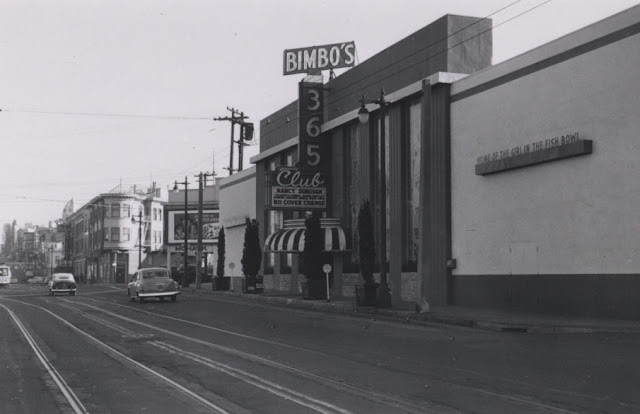 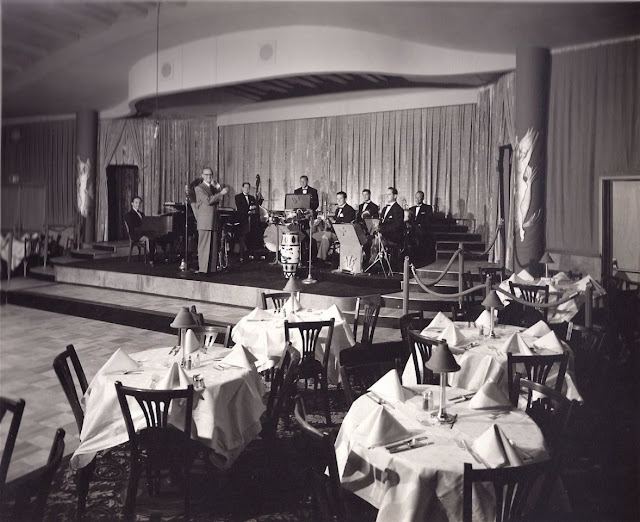 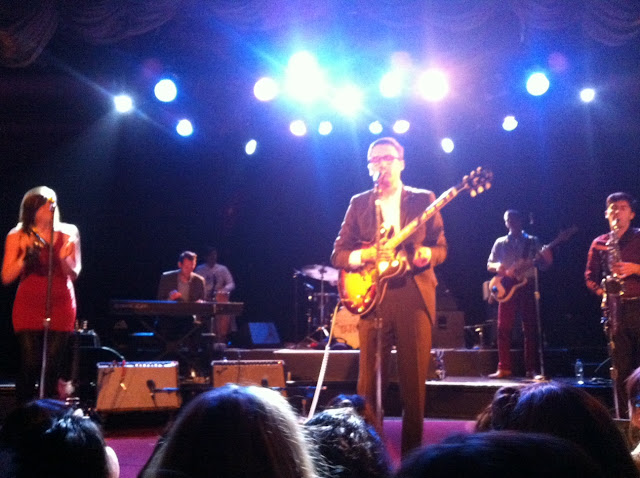 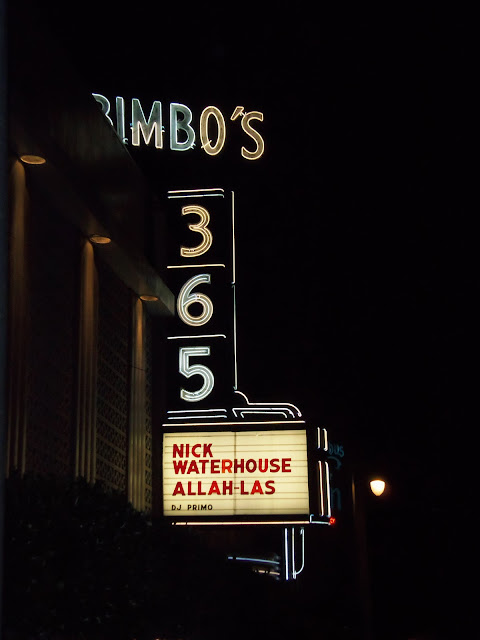 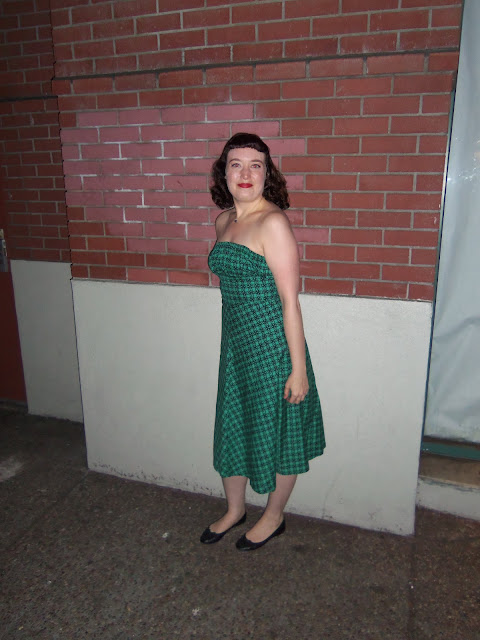 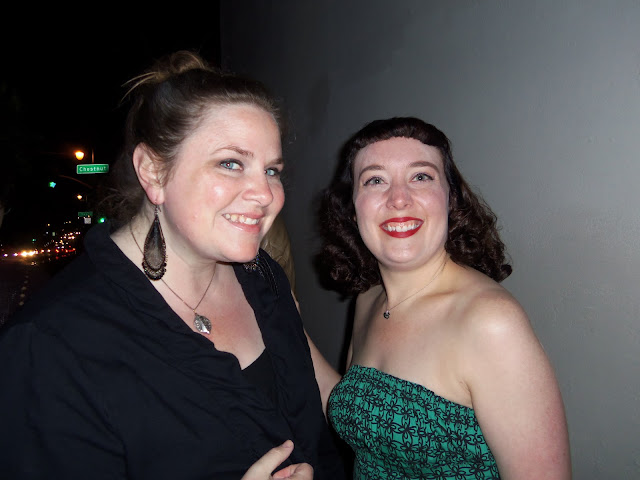