An Evening With JD McPherson

My friend, Rock On Cali, and I rarely see eye to eye on music. Usually we have polar opposite tastes. But, when I found out that JD McPherson was coming to/near town, I asked her to go with me. I really didn't expect her to say yes. But, I was elated when she did (I even think I was too excited to get much sleep). Neither of us could go to the show at Slim's in San Francisco due to scheduling conflicts. So, we decided to go to the day show in Felton, CA. This is a two hour drive from my house, and a four hour drive from her's. She is a fantastic friend.

It was an unseasonably warm day, which made the day bright and cheery to match my mood. I didn't even need the coat I brought. We started our (my) trek at 10am. Though it was a rather long drive, I was too excited to be bothered. I had never been to Don Quixote's before. It is a restaurant and bar on one side, and music venue on the other. The venue is small with no back stage. So, the band members were able to mingle with the guests. We got there a little early, and were able to get a seat right in front of the stage. The show was set to start at 1pm.

The opening band was Broncho, who are going on to tour with Social Distortion. They sound like late 70s/very early 80s pop punk (if that is a sound). The stage was very crowded with both bands equipment without much room to move around. But, had they had the room, they would have been a very active band. The music was catchy and had me tapping my foot.

JD McPherson and his band (Jimmy on the bass, and Ray on the piano - I can't remember the name of the drummer or the sax player) came on after a short intermission. They played several songs off the album, including Scratching Circles, Country Boy, and of course North Side Gal. They also did a few covers. I am not usually keen on covers, but they did a exceptional job. They also came out for a three song encore.  It was a great show. The whole time I was sitting there, I thought to myself, I can't believe I am here watching JD McPherson and his band up close. The crowd felt it too. Several people danced throughout the set.

Afterward the band went over to the merchandise table where they were able to chat with fans and take photos. This time I decided not to be so shy, and asked both JD and Jimmy for a photo. I think this is the happiest smile I have had in a photo in a while. All of this would have been impossible at a venue like Slim's. So, I am thankful that my friend went with me on the long journey to Felton, CA. 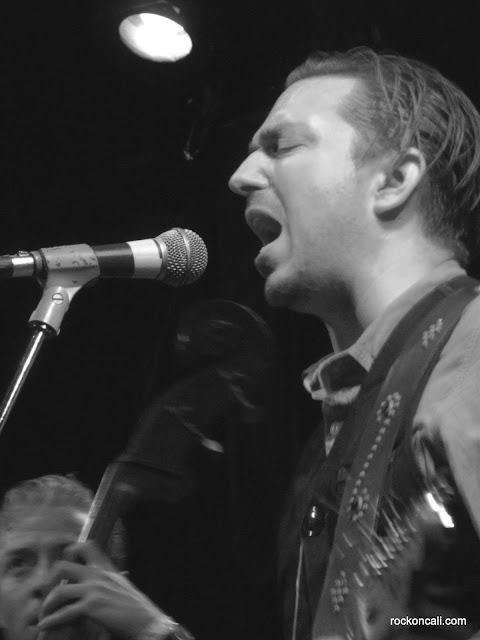 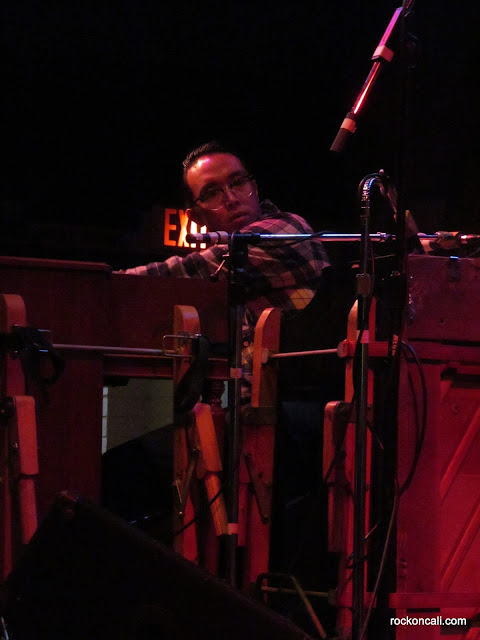 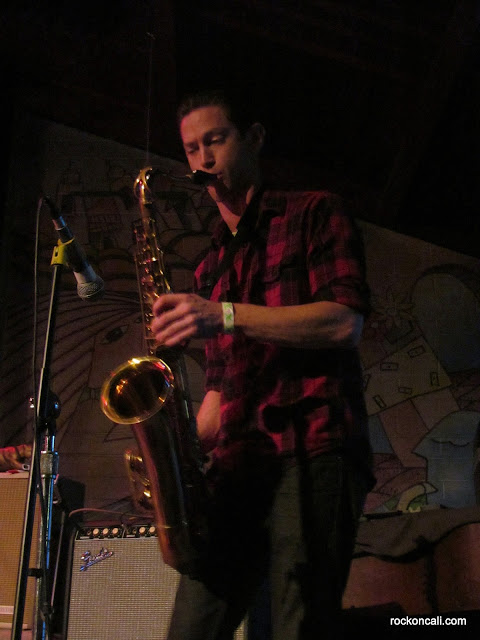 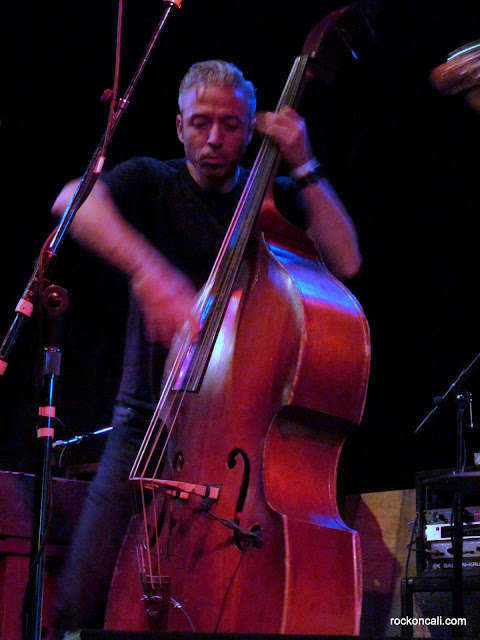 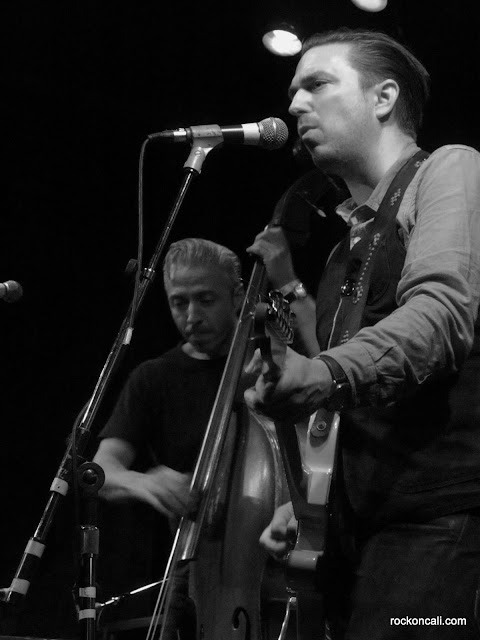 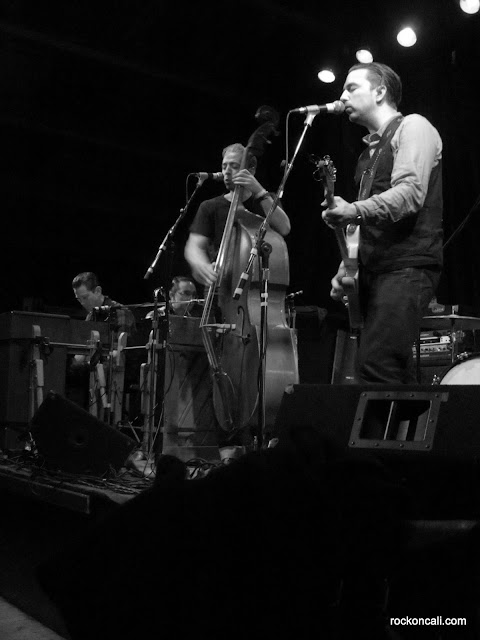 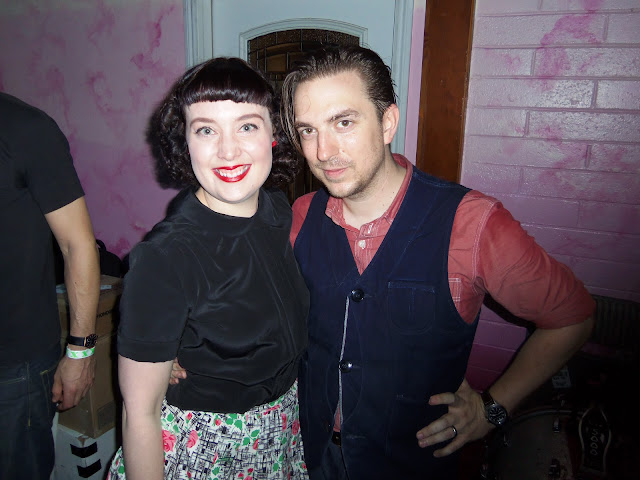 JD McPherson after the show. I didn't say much to him, but in the few words that were exchanged, he was very nice. 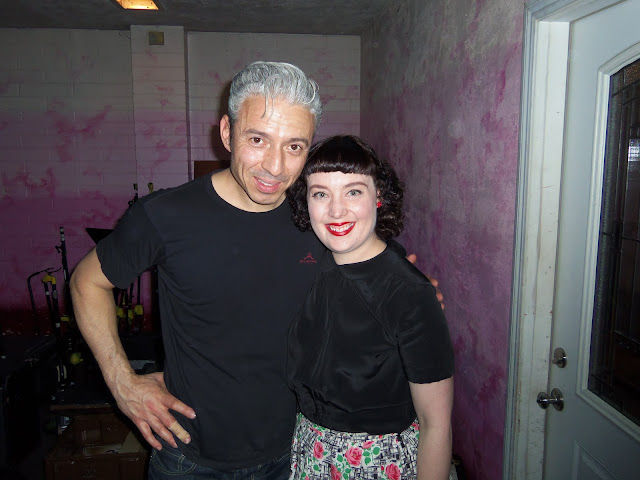 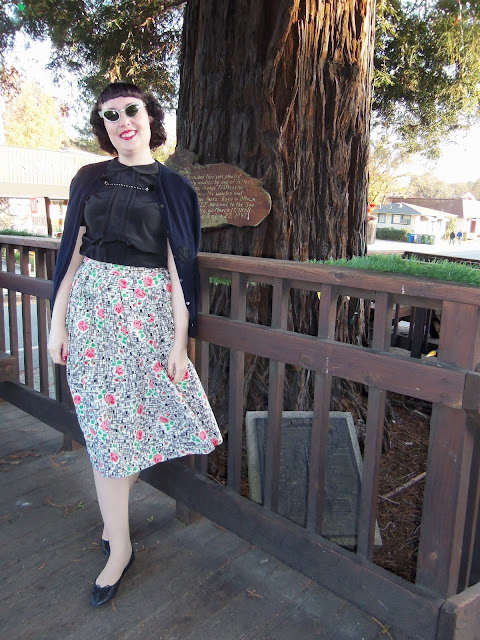 This is a shot of my full outfit.