It is that time of year that I look forward to each year.  That is the Noir City film noir festival at the Castro Theater. This year's festival started on Friday with Gun Crazy. I didn't get to make it, but a friend of mine did. She sent me photos of the guest appearance of Peggy Cummins who starred in Gun Crazy. I was sad I was unable to attend, but really appreciated the photos.

Tonight was the first night that I was able to attend. As usual, the showing was a double bill - Repeat Performance and Sunset Boulevard. However, I only went to see one show. I know many will think I'm crazy for not staying to watch Sunset Boulevard. Even though I do enjoy the film, I actually watched it just a couple months ago, and didn't really feel like seeing it again so soon. If you may recall in a previous post, Sunset Boulevard was the very first noir I saw as a child, before I knew what noir was. Though it would have been nice to see it on the big screen, I chose to go just for Repeat Performance.

Repeat Performance was released in 1947. It stars Louise Hayward and Joan Leslie. Joan plays a woman who makes a terrible mistake on New Years Eve. She wishes she could relive her year over, and that wish comes true. But, things don't go quite as well as she plans them to. As Eddie Muller put it, it is a noir It's a Wonderful Life. I really enjoyed the film. The costumes that Ms. Leslie wears are stunning. Sadly, it is not yet on dvd.

I was accompanied by two fellow noir fans. Prior to the show one of the friends and I went to a little restaurant down the street. I always love going to this side of town, because I get a ton of compliments on my clothes. It always makes me stand a little taller. I plan on going to two more shows. I debated on whether I should just do one post, or three separate posts. I decided to do each night separate. So, stay tuned for more Noir City highlights. 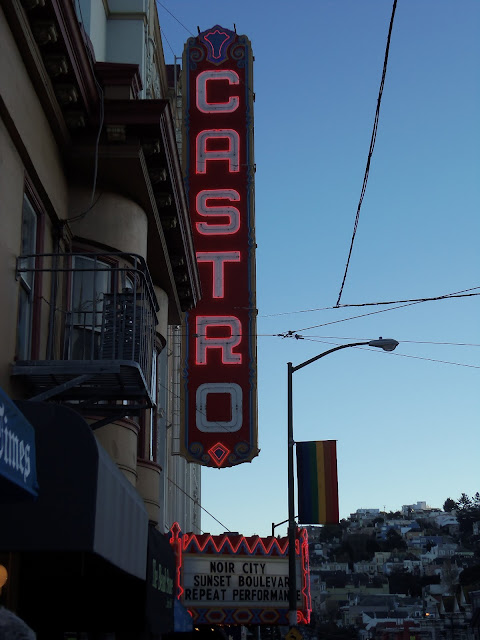 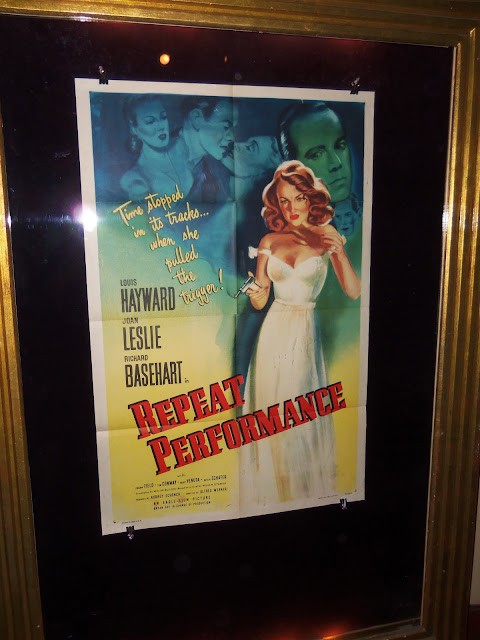 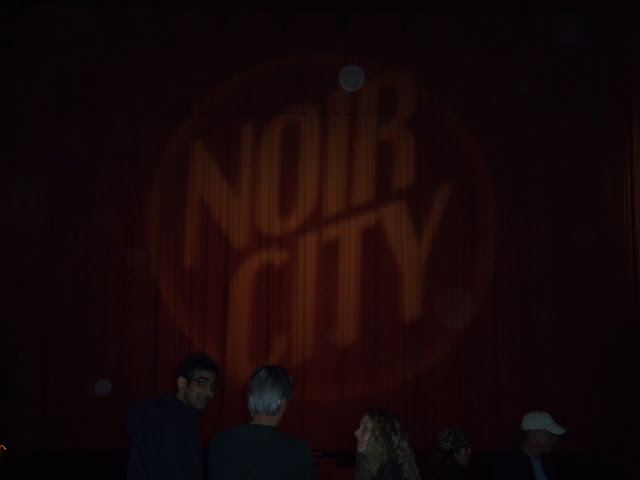 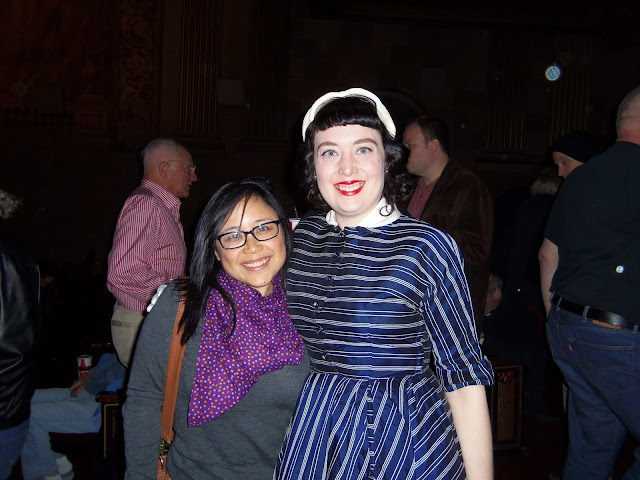