How do you prepare to say goodbye?

I have had my cat for over thirteen years. She came into my life the same month I was moving out of my parent's house. She had a rough start, though. A young man had taken her away from her mother before she was old enough to be on her own. He brought her over to a buddy's house, who lived across the street from my parent's. That buddy was very neglectful of his pets, to the point that one neighbor had taken in two of his previous cats. This kitten, that became mine, only spent one night in the buddy's house, before he put her out on the street. She found her way into our yard. My father was able to lure her out with food. She has been mine ever since. The first two weeks I had her, I took her to work with me every day. Since then, she has been with me through several moves, boyfriends, and even a divorce. She sleeps with me every night, and waits by the front door when I come home. She has been my companion and my comforter all these years.

The last year has been rough. She has been in an out of the vet more times than my pocketbook enjoyed. I knew that she wouldn't live forever, but I kept hoping that the inevitable time would still be a long way off. Today, my very first furlough day, I spent it taking her to emergency. The previous diagnosis was either inflammatory bowel disease or small cell lymphoma. I kept hoping for the previous as that can be treated well with medication. But, today I got my answer. She has cancer that has spread to her other organs. The hardest part to accept is that she seemed to be doing just fine until Saturday - though she had lost quite a bit of weight. Within the last 24 hours things have dramatically changed.

I have often thought about the fact that this was a decision I was going to have to make - especially this last year. But, how do you prepare to say goodbye - forever - to something that has brought such great joy over so many years? I know that it is the right thing to do. She is in so much pain, that she won't even let me cuddle with her. But, why does it have to hurt so much? I know that many people before me have gone through this and survived. And, it gives me great comfort that others know and understand what I am feeling. 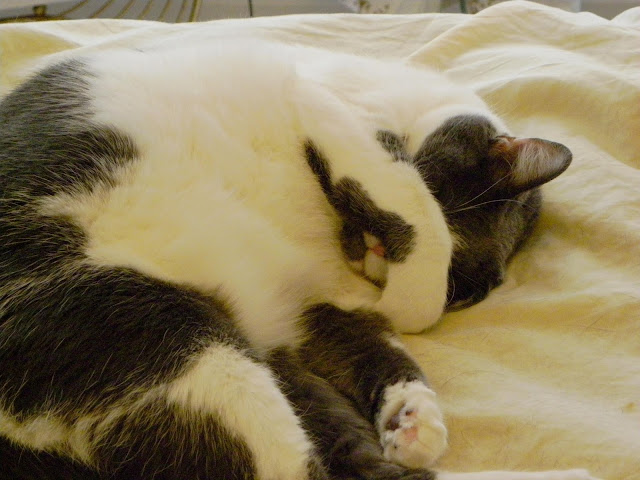 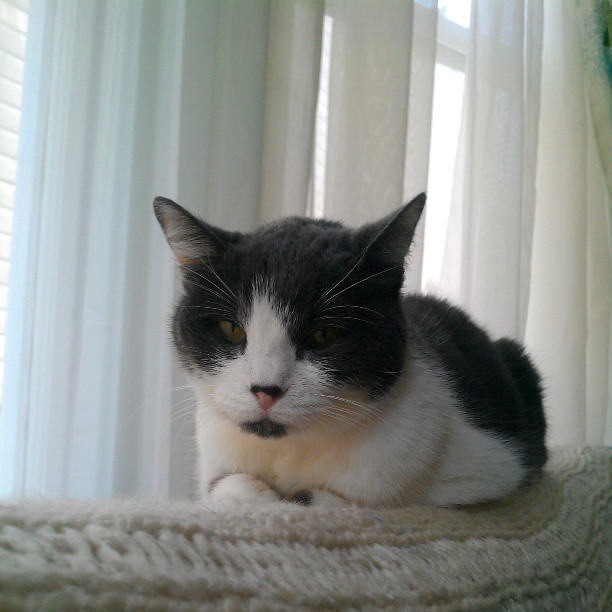