The Weekend and the Start of Healing

It hasn't been a week yet since I had to put my Rhea down, but I already had a full weekend scheduled long before that traumatic day. As the weekend got nearer, I had mixed feelings. I was happy that I was going to be busy, but a little overwhelmed too. Saturday didn't start off so well. I was going through waves of grief, and because of that, any little frustration made me cry. So, my Saturday morning started with welled up eyes.  I attended an all day event with over 900 people, many that I knew. I wasn't feeling very social, and didn't feel like smiling. I had planned an outfit for this day months ago. I had also planned on doing a whole blog post, but when the day came, I didn't feel like having my picture taken. My friend took a couple photos on her phone, and I tried my hardest to smile.

The suit I was wearing was made by the lovely shop Top Runway (She is also here and here.)  This was my fifth suit that I ordered from her, but my first custom suit. I had seen the suit on a film noir and saved some screen shots to have it made. I finally was able to get it done a few months ago. As always I was very pleased with it. The down side to not being in the mood to have my picture taken, is you can't really get a good view of the suit. And, the screen shots are not very crisp either. 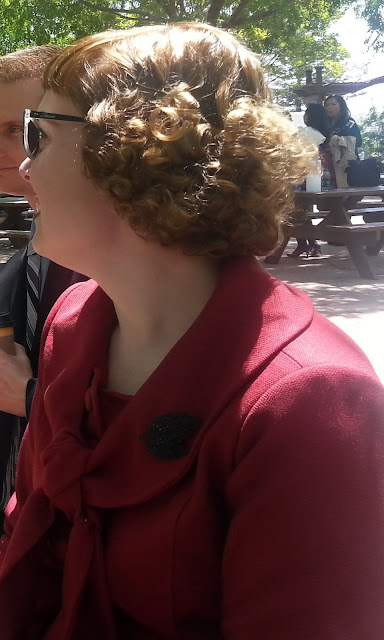 That evening my friend was having a cocktail/housewarming party, and by that time I was feeling better. But, I got tired quickly from the long day and the emotional week, and went home early. I was feeling much better by Sunday morning, though I was still pretty tired. I spend the morning getting a few things done, and felt rather accomplished. A friend came over to help me with some of my tasks. We got done early, and decided to head over to the closet adoption center to play with the kitties. I picked out one cat who was a snuggler - just what I needed. As soon as I sat down, she jumped in my lap and wouldn't leave. 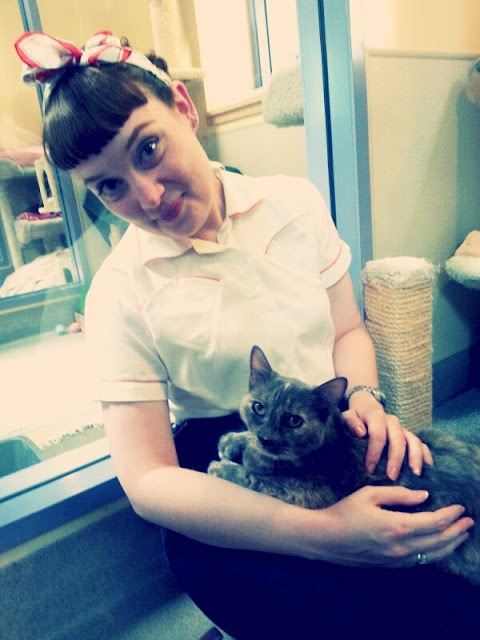 This happened on Wednesday too. My mom and I went over to a local SPCA so that I could be around the animals. I picked out a cute puppy I wanted to spend some time with. She was a chihuahua mix about five months old. She was all white except the black around her eyes and on one ear. The other ear was spotted black. She also wouldn't leave my lap. Animals bring so much joy.

After we visited the kitty, we headed over to a friends house nearby for a jam session. It was relaxing listening to them play some Bossa Nova and some old jazz standards. We left a bit early and caught the tail end of one of the warmer days we have had this year. Though overwhelming at first, by the end of the weekend my smiles were real. 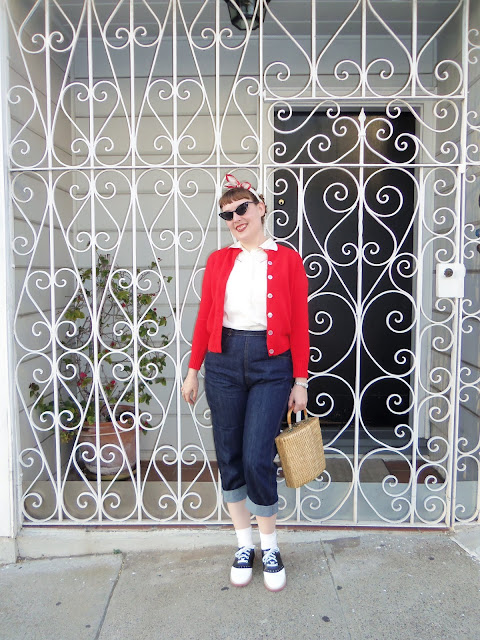 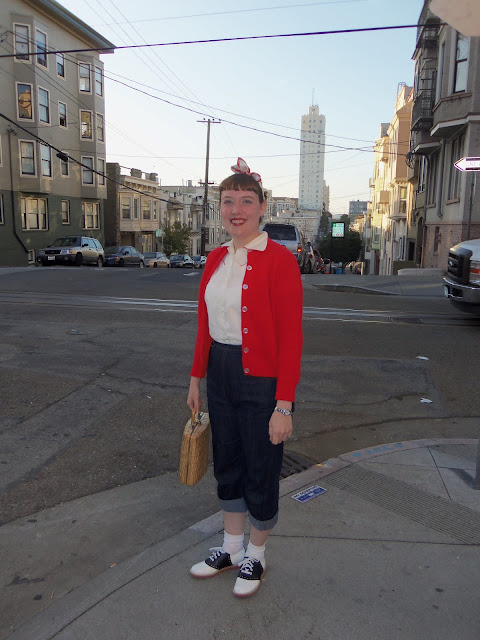 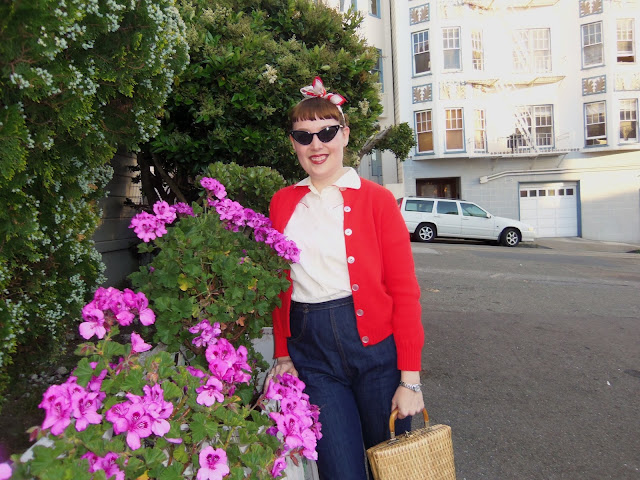 I seriously hate how the Blogger has changed as regard to uploading videos. I can no longer add a video by url, but rather can only search. I use a different account for my YouTube account, which makes things even more difficult. I really wanted to up load a video of my friends on this post, but instead can only give you a link (Try as I might, I can't seem to find this video by just searching). You can watch it here.

Email ThisBlogThis!Share to TwitterShare to FacebookShare to Pinterest
Labels: music, my outfits, shopping