Adding a New Baby to My Household

When Rhea was alive, I couldn't imagine getting another cat after her. I told everyone that she would be the last cat I would own. She was also the first cat I owned. But, after her passing, I couldn't bare to have an empty home. It only took me hours to realize that I love cats, and I had to have another.  I just didn't realize how hard finding another cat would be.

As a child/teenager, I was constantly bringing cats home. When I was 19, I even kept a kitten in my room for two weeks before my parents found out. My mom doesn't like animals in the house. She likes to keep her place free of fur and smells that animals sometimes brings into a home. So, every time I found a cat, I had to return it, or find it a new home. As mentioned before, Rhea was a stray against her will. She was the last of a long line of cats that I had found. This was the first time I actually went looking for a cat.

I knew I wanted a kitten. I knew what I was looking for in a personality and in color. I also knew that I didn't want two. Most shelters in this area require you to adopt to kittens, though you can adopt one cat. I went to many shelters, but since it was the start of kitten season, there weren't many available. Also, they get adopted quickly.

Since I now live in the city, there aren't many strays running around who get pregnant. So, I spent most of my time looking on Craigslist. It was a frustrating experience. I didn't particularly want a kitten to be pulled away from her mother before she was 8 weeks old. But, most who had kittens, wanted to sell them as soon as they were weaned. Some of the "rehoming fees" were outrageous. They claimed they were so that the kitten would find a good home, but in my opinion some interviewing would assure that they went to a good home. Also, a lot of people wanted kittens. This meant that if I found one, I had to jump on her right away.

I hadn't actually planned to get a kitten before Memorial Day weekend, but couldn't stop myself from looking. Of course, I found the most adorable kitten - really the cutest thing out of all the other kittens I had seen. She was from my home town. My mom went to look at her for me, paid the lady, and brought her to her house. My friend picked her up from my mom's house, and brought her to me (a two hour drive) the same evening.

She is the exact coloring I had hoped for. And, though she was super scared at first, she is now jumping in my lap, and slept next to me this morning. She is still scared of her toys, and would prefer playing with the blankets and the material on my pjs. I can't wait to see how she grows, and how her personality develops. But, first, I have to teach her that hands are for petting, not biting. 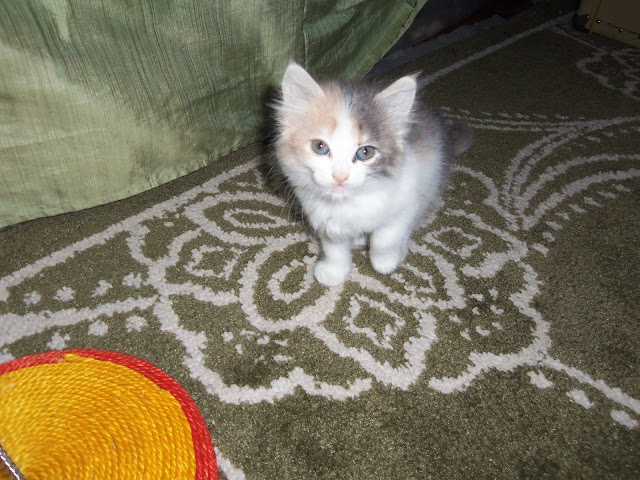 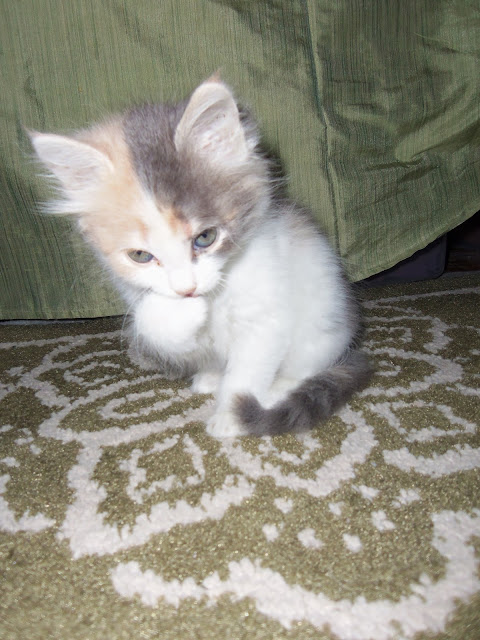 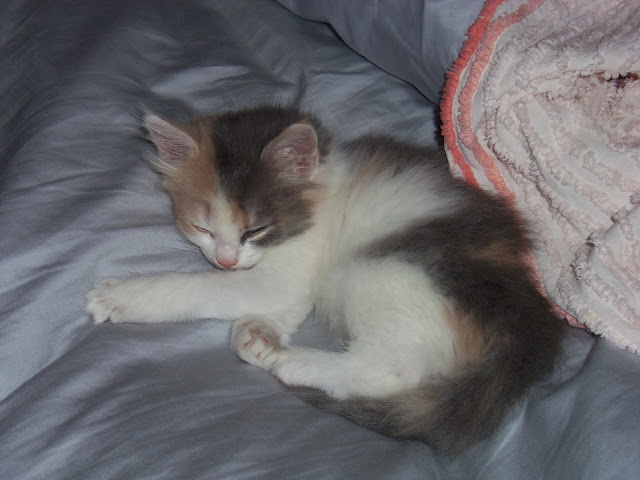