I haven't been doing much of anything lately. With wanting to spend time with my kitten, and shortage of funds, I've just been spending a lot of time at home. It's actually been quite nice. I've been less stressed out, and getting way more sleep. But, it also makes for a boring blog. Since I don't go anywhere, I've been concentrating mostly on my hair.

This time I wanted to see if I could create a pin curl setting with curlers. I chose the setting that I used in the last post laying out my curls just like the diagram pictured. The only exception was that I had to use three rows of curls in the back instead of two otherwise my hair would never dry. The problem I ran across was that I didn't have the correct size rollers. I needed slightly bigger ones than I used for the front, and slightly smaller ones than I used for the back. I ended up having to go over parts of the back with a curling iron.

I also realized that a curler set doesn't relax as much as a pin curl set. Having such springy curls can be a good thing, or it can be a hindrance. In this case, since I wanted the hair to be less springy, and just curl under, it was a hindrance. Even though it didn't turn out very close to the picture, I still liked the difference in curl from the front to back. 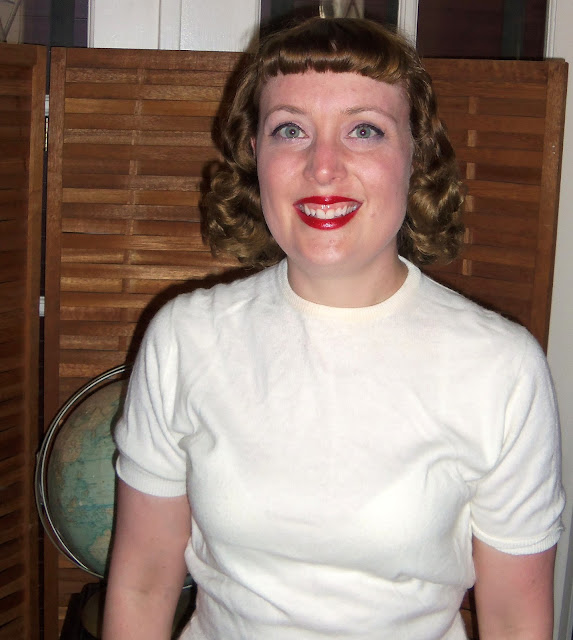 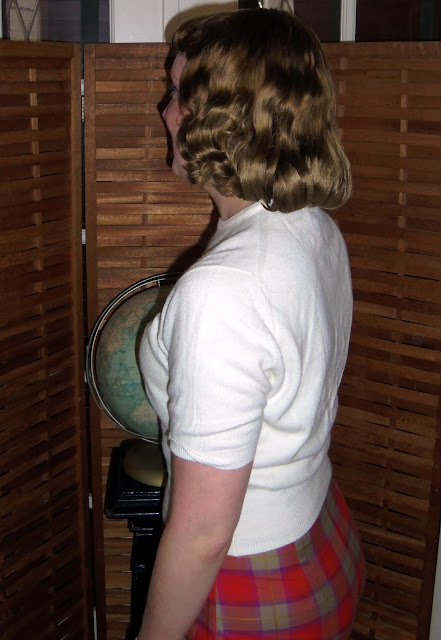 This day I was invited over a friends house for dinner. I do like these types of invites, because I can still dress up, but it doesn't cost me as much as going to dinner at a restaurant. It is also easier to have conversation with my friends. The weather is weird in San Francisco normally, but this year it is even weirder. We had a long heat spell a couple weeks back. Now, it's fairly cool, which is what I'm used to. I pulled out these pants that I have never worn before, mostly because I wasn't brave enough to pull off this bright pattern. But, without anything else to wear, I sucked it up and wore them out. I got a few looks, but not as much as I thought I'd get (though I felt like I should be golfing). They are quite comfortable too. I was a bit cold, though. So, they may not come out again until the weather gets better. 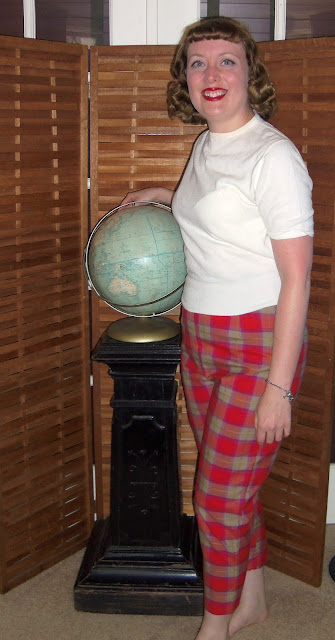